WIN A VIP COMEDY EXPERIENCE FOR FOUR AT THE GREAT OUTDOORS COMEDY FESTIVAL!

Get ready for a full night of laughs with Amy Schumer and Friends including... 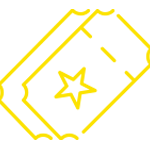 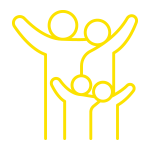 BE A VIP FOR A NIGHT AT THE GREAT OUTDOORS COMEDY FESTIVAL, FEATURING AMY SCHUMER!

VIP Tickets, limo service, AND hotel accommodation for one night!

A STAR-STUDDED COMEDY LINEUP IS HEADING TO EDMONTON THIS AUGUST!

They say laughter is the best medicine, and we could all use a little more comedy in our lives after the last few years. That’s why we’ve teamed up with Trixstar Live’s Great Outdoors Comedy Festival to offer YOU and three guests the VIP Comedy Night Experience of your DREAMS!

Enter below for a chance to WIN:

Now more than ever, people need to laugh, people need an escape, people need to be together again. The vision of The Great Outdoors Comedy Festival is and will always be to create a diverse, inclusive and safe festival experience that celebrates and features all forms of performance comedy, from locals to superstars. The festival aims to be an important piece of the comedy landscape for many years to come.

Take pride in knowing your ticket purchase is doing good in your local community!

$2 from every ticket sold will be donated to Boyle Street Community Services, who has been working in the inner city of Edmonton since 1971 to serve, support, and empower people to take control of their lives and escape the cycle of poverty and homelessness.

Schumer is the creator, star, writer and executive producer of the award-winning sketch series INSIDE AMY SCHUMER. Schumer made her motion picture breakthrough in her self-written comedy, TRAINWRECK, directed by Judd Apatow. She won the Critic’s Choice Award for Best Actress in a Comedy and was nominated for a Writers’ Guild Award in the category of Original Screenplay.

Schumer teamed with Goldie Hawn in the mother-daughter comedy SNATCHED before tackling Jason Hall’s drama THANK YOU FOR YOUR SERVICE, opposite Miles Teller. She then starred and produced the STX comedy I FEEL PRETTY. During this time, Schumer has continued to perform her stand-up and has taped multiple shows for television, including AMY SCHUMER: THE LEATHER SPECIAL and AMY SCHUMER GROWING for Netflix. Most recently, Schumer released her TV documentary series, EXPECTING AMY on HBO Max and starred alongside her husband, Chris Fischer in the Emmy nominated TV Series, AMY SCHUMER LEARNS TO COOK. Amy can be seen alongside Steven Yuen in Stephen Karam’s drama film, THE HUMANS, produced by Eli Bush and Scott Rudin. Furthermore, Schumer will be starring in her self-written anthology series, LIFE & BETH for Hulu.

Edmonton’s Best Hotels is proud to partner with 50+ hotels in greater Edmonton. Whether you’re looking to stay in the bustling downtown core or somewhere more off the beaten path for some peace and quiet, we have a hotel partner for you.